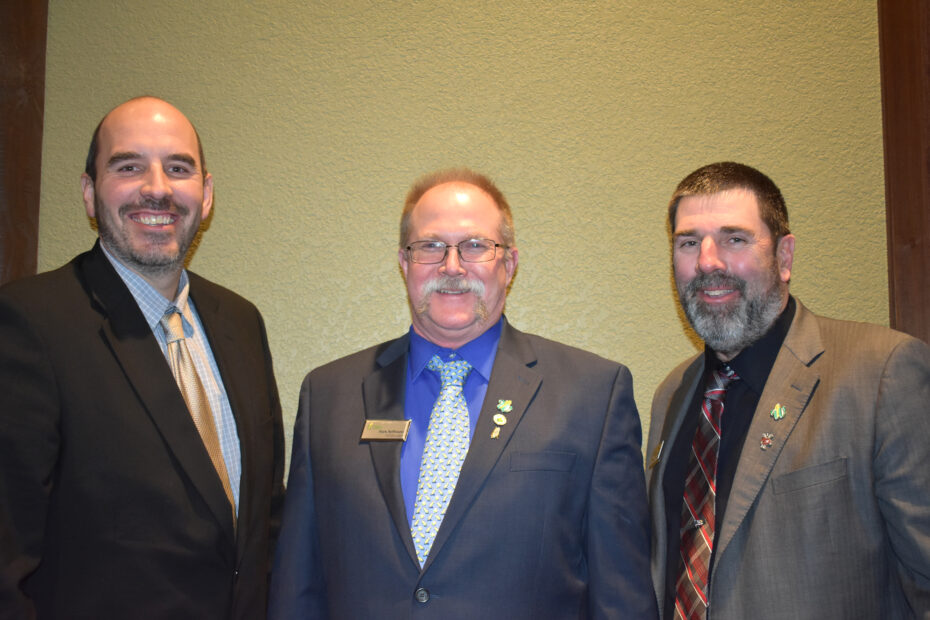 MADISON, Wis. – The Wisconsin Corn Growers Association (WCGA) held its Board of Directors election at the WCGA Annual Meeting this week during the 2020 Wisconsin Corn/Soy Expo.

Mike Berget and Mark Hoffmann, incumbents, were re-elected to serve their second term with the WCGA Board of Directors. Hoffmann was the 2019 WCGA Secretary/Treasurer and farms 1,100 acres of corn and soybeans with his wife, Deb, and two of his children, Lexus and Kelby near Whitewater. Hoffmann has been active in local town government for the last 21 years, serving as chairman for 11 of those years. He has also been actively involved with the local FFA Chapter.

Berget farms over 9,500 acres of corn, 700 acres of soybeans and 300 acres of wheat and raises over 48,000 weaned pigs each year in the Darlington area. He farms with his wife, Judy and children, Matt, Scott, Christina and Meghan. He has been a member of the Wiota Fire Department for 49 years and spent four years on the Lafayette County FSA Loan Committee. Berget is also very active in his local watershed group, Lafayette Agriculture Stewardship Alliance.

Loren Jesch, Sales Manager for Legacy Seeds, was reelected to serve as an Affiliate Director. Jesch is an active supporter of the Wisconsin FFA Foundation and FFA plots throughout the state. He is a graduate of North Dakota State University and proudly served his country in Iraq as a member of the North Dakota National Guard.

Shane Goplin was elected to serve his first three-year term as director. He will be replacing Ben Augustine of Sheldon who completed his maximum term limit.

Goplin farms over 3,000 acres of corn, soybeans and alfalfa in Trempealeau County. He is active in Wisconsin Farm Bureau Federation and currently serves as the Trempealeau County Farm Bureau President. He is also active in helping the local FFA chapter where his wife, Melinda, is the agriculture instructor. Goplin is also involved with the Elk Creek Watershed Group.