New Members Elected To WCGA Board Of Directors 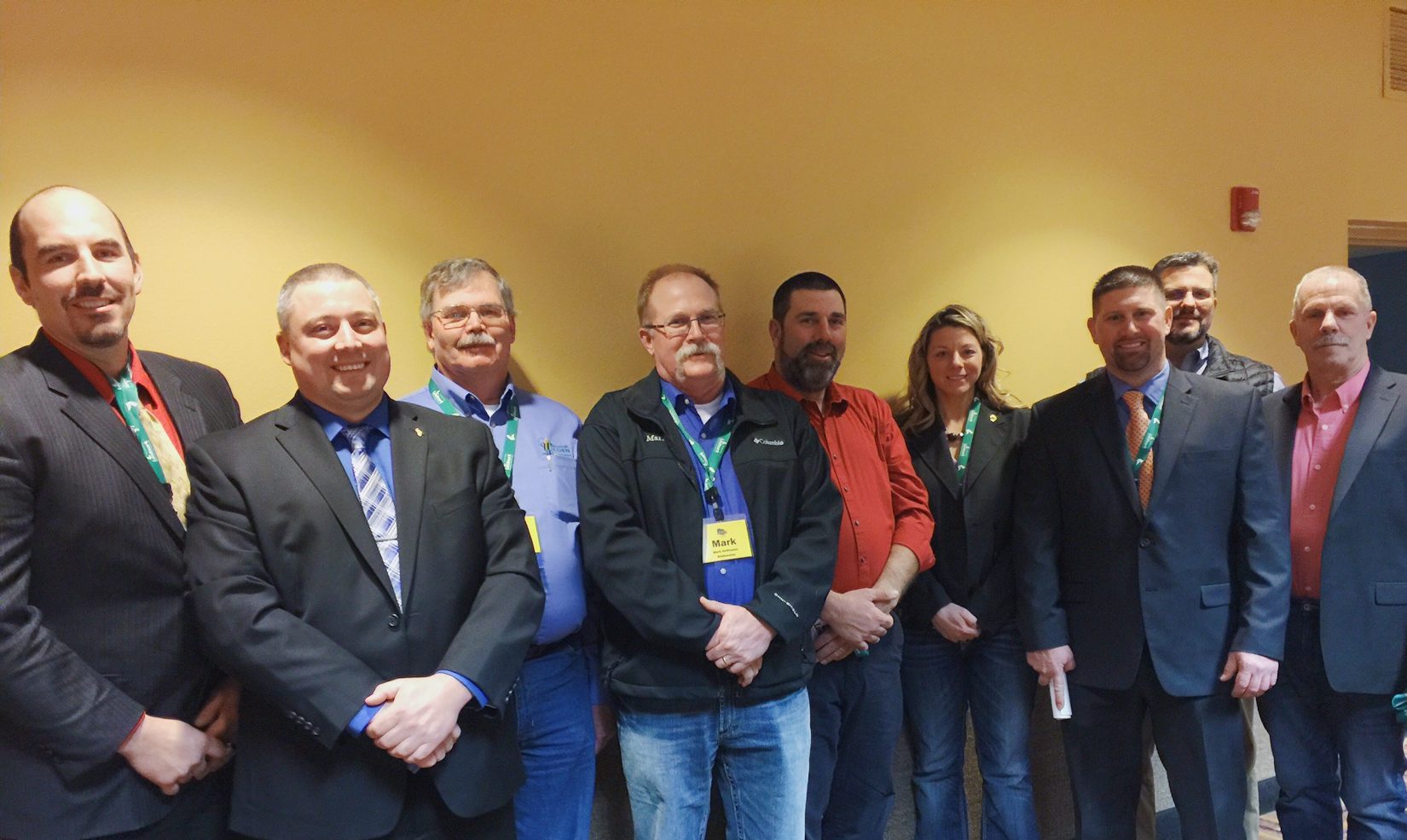 Wisconsin Dells, Wisconsin – The Wisconsin Corn Growers Association (WCGA) elected several new members to its Board of Directors at the WCGA Annual Meeting held during the 2017 Wisconsin Corn/Soy Expo.

Ben Augustine, incumbent, was re-elected to serve his third and final three-year term on the WCGA Board of Directors. He currently serves as Vice President. Augustine and his family farm 2,600 acres of corn, soybeans, and other row crops in Rusk County. He also serves on the Rusk County Livestock Project Committee.

Affiliate Director Andrew Grebner, Innovation Specialist for BASF, was also re-elected for his final two-year term. He is a graduate of Illinois State University.

Mark Hoffmann and Mike Berget were each elected to serve their first three-year terms as directors. They will be replacing former directors Brian Long, a past WCGA President who reached the maximum term limit this year, and Corey Leis, who did not run for re-election this year. WCGA thanks Long and Leis for their successful terms as WCGA Directors and their commitment to serving Wisconsin’s corn growers.

Hoffmann farms 1,100 acres of corn and soybeans with his wife and children near Whitewater. He has been an active member of WCGA, traveling with the group to Washington, D.C. and attending the July 2016 Corn Congress. Berget farms over 9,500 acres of corn, 700 acres of soybeans, 300 acres of of wheat, and raises over 48,000 weaned pigs each year in the Darlington area with his wife and children. He has been a member of the Wiota Fire Department for 46 years and spent four years on the Lafayette County FSA Loan Committee.

Another newly-appointed director was Jay Acker, who will complete one year of another director’s term. Acker farms 3,000 acres of corn and soybeans in Bay City. He served on the Ag Partners Coop board in Goodhue, MN for 12 years with one year on the Advisory Committee, two years as Vice President, and two years as President.

The Wisconsin Corn Promotion Board is comprised of nine corn growers elected from across the state. This volunteer board was formed in 1983 with the passage of a corn checkoff and is dedicated to market development, research and education. Wisconsin Corn Growers Association is a grassroots organization committed to increasing the profitability of corn production through sound policies, continued market development and strong involvement in the political process. To learn more, visit wicorn.org.