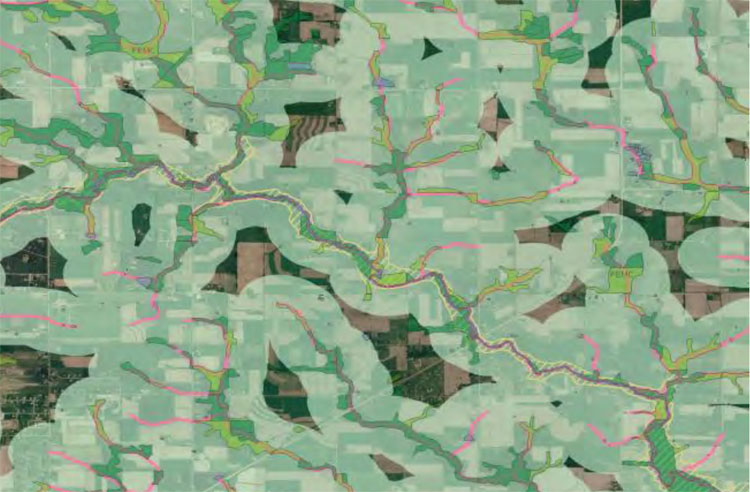 The American Farm Bureau Federation today released a maps of Wisconsin that show how the Environmental Protection Agency intends to radically expand its jurisdiction over land use via the newly issued Waters of the United States rule. Implementation of the rule in at least 13 states was recently halted by a court in North Dakota pending further hearings.

The maps prepared by Geosyntec Consulting show the dramatic expansion of EPA’s regulatory reach across wide swaths of land in Wisconsin.

Nearly all of the states’ total acreage would fall under EPA scrutiny. Landowners have no reliable way to know which of the water and land within that area will be regulated, yet they must still conform their activities to the new law.

The interactive maps in detail:
The maps’ base layer shows areas regulated as tributaries and adjacent wetlands without a case-specific “significant nexus” analysis under previous rules. Through a progression, the maps add “ephemeral streams”—low spots in the land that drain and channel water away from farmland after a rain but are otherwise dry. The EPA has sometimes asserted jurisdiction over such areas before, but only after a site-specific finding of a “significant nexus” to downstream waters. Under the new rule, all such “ephemeral tributaries” are regulated.