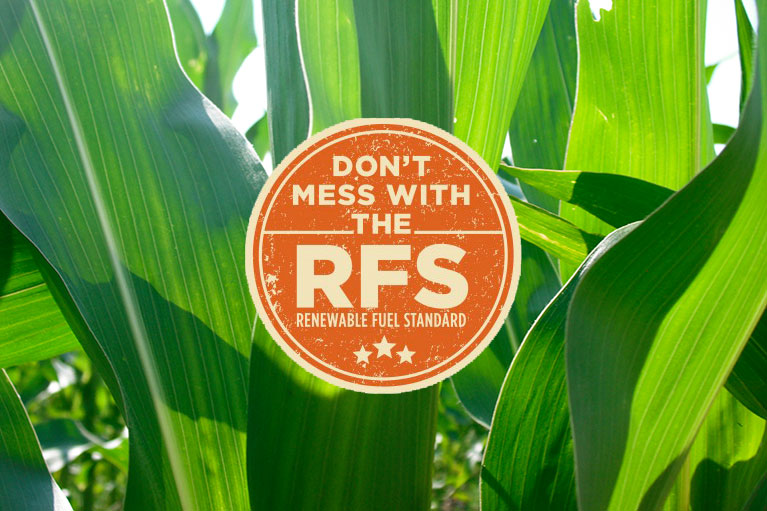 MADISON – June 26, 2015 As farmers, consumers and industry leaders make their voices heard this week in Kansas, Wisconsin bio fuels advocates are asking the EPA to host a hearing in the Badger state on the proposed renewable fuel standard (RFS) renewable volume obligations (RVOs).

Recently, the EPA announced RVO for ethanol below the levels Congress set, circumventing the law. RVOs are the renewable fuel targets for each refiner or importer of petroleum-based gasoline or diesel fuel. The RVO is the mechanism EPA uses to implement the Renewable Fuel Standard. The EPA’s only planned hearing on the important issue is today, in Kansas.

“We encourage you to hold more hearings on this important issue and host one right here in Wisconsin,” said Wisconsin BioFuels Association President Erik Huschitt. “A public hearing would allow EPA officials to hear directly from Wisconsinites who contribute to and work in the biofuels industry.”

“Wisconsin farmers, retailers and consumers are well positioned to provide important feedback on how the proposed RVOs will have a negative impact on the agricultural and biofuels industries,” said Casey Kelleher, President of the Wisconsin Corn Growers Association. “Not only will this hurt Wisconsin’s corn growers who produce corn for ethanol to meet this market, but it also hurts consumers with higher fuel prices and fewer fuel options.”

Over the past 10 years, the Renewable Fuel Standard (RFS) has lowered gas prices, reduced our dependence on foreign oil, and reduced the pollution in our air and water. It has allowed drivers to choose cleaner, less expensive, Wisconsin-grown biofuels, like ethanol.

The two groups are urging corn farmers, ethanol advocates, community leaders and consumers to tell the EPA to not mess with RFS at http://ncga.com/rfs.