Corn Growers Back Attorney General Lawsuit vs. EPA and Corps 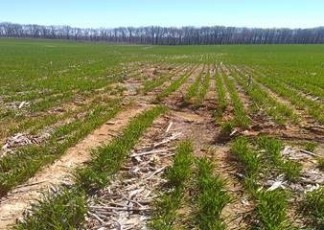 Palmyra, Wisconsin – July 3, 2015 – The president of the Wisconsin Corn Growers Association today applauded Wisconsin’s Attorney General for joining in a lawsuit to stop the Environmental Protection Agency and the Army Corps of Engineers from implementing the “Waters of the United States” (WOTUS) rule.

“This is another case of EPA and the Corps of Engineers not listening to farmers about the reach of this rule,” said Casey Kelleher, Whitewater. “The rule will apply to the entire agricultural landscape and will give the federal government jurisdiction over most, if not all drainage features, waters, and wetlands on farms across the country.”

“With Wisconsin joining 18 other states to stop EPA and the Corps, this clearly shows the concern that common farming practices carried out near a WOTUS will now be a violation of federal law if the farmer has not obtained the necessary Clean Water Act permits,” said Kelleher.

Attorney General Brad Schimel announced Wisconsin has joined eight other state Attorneys General in a lawsuit asking a federal court to strike down a new rule from the Environmental Protection Agency and the U.S. Army Corps of Engineers that unlawfully expands the federal government’s regulatory reach over local streams, lands and farms. Eleven other states have filed a parallel lawsuit. Click here to read the entire release>>>

The rule would extend the EPA and Corps of Engineers’ regulatory reach to an untold number of small bodies of water, including roadside ditches and short-lived streams or any other area where the agencies believe water may flow once every 100 years.

The National Corn Growers Association believes every farmer and rancher in the U.S. has at least one feature on their farm that is now WOTUS under this rule. WOTUS features may include one or more of the following: natural storm water drainage paths; ditches; grass waterways installed to control erosion and protect the soil; and farmed wetlands that are dry enough to farm but retain their wetland characteristics.