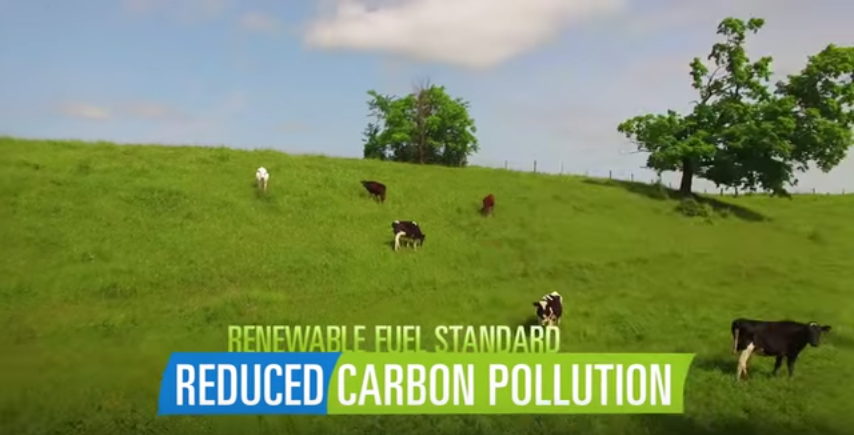 MADISON – The Wisconsin BioFuels Association (WBFA) today announced a significant paid media campaign in support of the Renewable Fuel Standard (RFS) that calls out President Barack Obama for breaking his promise to protect the RFS.

The RFS has been vital in the development of the renewable energy industry in Wisconsin. Today, more than 19,000 Wisconsin jobs are supported by the RFS, earning wages of almost $1 billion annually. The nine ethanol plants operating in the state produce around 500 million gallons of ethanol each year.

Currently, the Obama Administration is reviewing the bipartisan, ten year old RFS, and is threatening to both lower the renewable volume obligations (RVO) on oil companies, and for the first time modify the regulation to allow the annual blending requirements to be waived from year-to-year if oil companies refuse to distribute renewable fuel. The Environmental Protection Agency (EPA) must finalize the new RVO rules by November 30.

Beginning today, WBFA is running television, radio and print ads which educate Wisconsinites on the positive impacts the RFS has on our economy, call out President Obama for breaking his promise to support the RFS, and urge state residents to hold politicians accountable for their words.

“The RFS works. It’s good for our economy, for consumers at the pump, and for America’s national security,” said Erik Huschitt, President of the Wisconsin BioFuels Association. “This is a priority issue for us. As we head into an election year we’ll be watching closely to see what Wisconsin officials and candidates are saying when it comes to protecting the renewable fuel standard in its current form.”

Earlier this year, WBFA urged the EPA to conduct additional field hearings on renewable volume obligations. Representatives of WBFA also hand delivered more than 2,600 signatures from Wisconsin residents urging support for the RFS in its current form to US Senators Ron Johnson and Tammy Baldwin.

Recently two members the Wisconsin legislature – one from each side of the aisle – came together to jointly talk about how important the RFS is to Wisconsin.

The multi-channel advertising campaign sponsored by the WBFA includes TV, radio, and print advertising. Television ads will run in the Green Bay/Appleton, Wausau/Rhinelander, and Eau Claire/La Crosse media markets. Radio ads will run on the Wisconsin Radio Network and full page print ads will appear in 11 daily newspapers this Sunday.

The TV ad can be viewed here: https://youtu.be/aVeXgA_e-5U