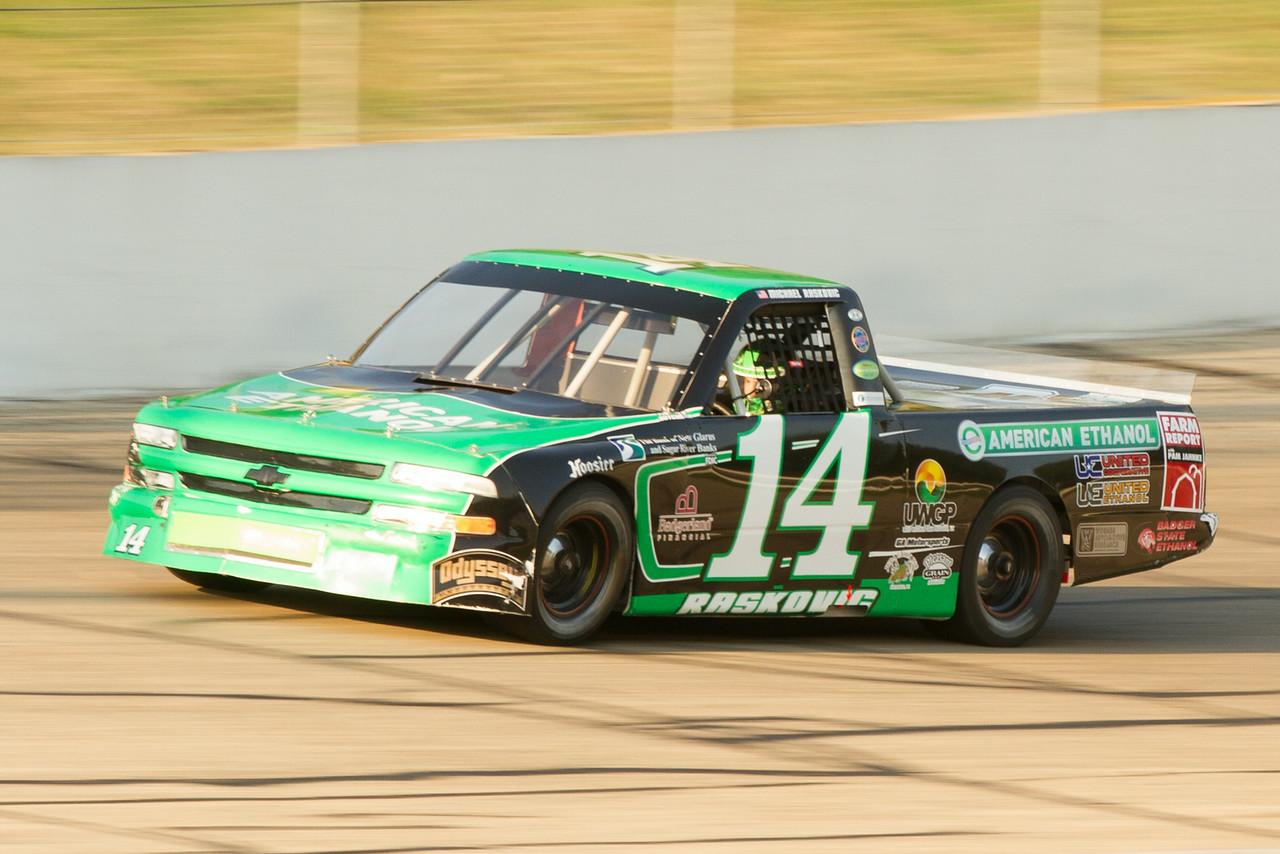 “The #14 American Ethanol SuperTruck was spot-on tonight and was really, really great on the outside, so I took advantage of the situation, said Raskovic after the race. “Wherever I put it, it would stick. I am so blessed to have the honor of having my first career win at my home track, Madison International Speedway. It was a great night for ethanol!”

Raskovic has had consistent top 10 and top 5 finishes so far this season, including a second place finish in the twin 25s at Jefferson Speedway this season. The “Flying Dutchman” had set his sights on a win at his home track at Madison Wisconsin this past weekend and managed to pull it off while wheeling the racer on the outside groove of the track wining the feature event.