No Valid Argument Against Ethanol 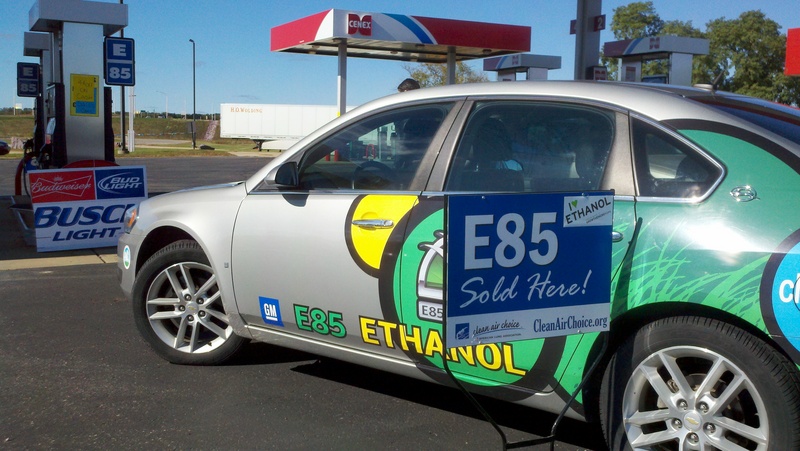 By CASEY KELLEHER and ERIK HUSCHITT

Over the past 10 years, the Renewable Fuel Standard has lowered gas prices, reduced our dependence on foreign oil and reduced the pollution in our air and water. It has allowed drivers to choose cleaner, less expensive, Wisconsin-grown biofuels, such as ethanol.

And the benefits don’t end there. In Wisconsin alone, the RFS supports nearly 20,000 jobs, and over $4.2 billion in economic output every year. But special interests in the oil industry who don’t want competition in our motor fuel market are fighting the common sense, bipartisan law.

Let’s start with old myths that many years ago were busted but still get trotted out by ethanol opponents. Ethanol does not take more energy to produce than it yields. According to the U.S. Department of Agriculture, one unit of energy invested in the corn ethanol production process results in 2.3 units of useable energy in the form of ethanol. Gasoline is energy negative, only producing 0.8 units of energy for every unit of input.

Also with corn prices at historic lows, it is laughable to claim that the RFS has had any impact on corn prices. One frequently overlooked fact is that every bushel of corn that is used to make 2.8 gallons of ethanol also makes 17 pounds of dry distiller’s grain that is exported all over the world as a high protein livestock feed.

The idea that the government and the ethanol industry are pushing a mandate of E15, or a 15% blend of ethanol, is an example of another laughable claim.

There is not now, nor has there ever been, any government mandate on automakers, retailers or consumers to use E15 fuel. There has been no “push” from the Environmental Protection Agency for E15. The auto industry has voluntarily decided that its newer vehicles are compatible with 15% ethanol. Over 62% of new cars sold in the United States today are warrantied for the use of E15 fuel.

In fact, automakers are exploring the use of even higher ethanol blends in the future as ethanol’s very high octane rating can help new engines achieve lower emissions and meet much higher mileage standards.

The RFS is needed for only one reason. The vertically integrated oil industry controls the vast majority of fuel suppliers and retail outlets in the United States. Without the RFS, there is a very real possibility that ethanol would be cut out of the marketplace.

Market access is what Gov. Scott Walker talked about when committing to the RFS. This position is consistent with his past statements of support of functioning free markets. And it is consistent with the position of every other Midwestern governor as well as the last three Wisconsin governors.

Ethanol is cleaner burning, saves money for consumers and provides a tremendous boost to Wisconsin’s rural economy. There just is no valid argument against advancing home-grown renewable fuel.