If friends can’t trust the EPA on Waters of U.S. rule, why should farmers? 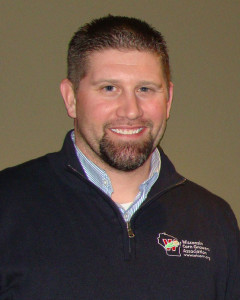 Farmers have always been leery about the reach of the Environmental Protection Agency, mainly because EPA can never be trusted to understand farming and how we implement crop management and workable soil and water protection practices. Now, even one of its presumed allies—the Army Corps of Engineers—has questioned EPA on the legal, economic and technical basis for the Waters of the U.S. (WOTUS) rule that is set to go into effect Aug. 28.

The final WOTUS rule expands Clean Water Act protections to cover streams and wetlands. EPA has ignored concerns farmers raised by issuing a final rule that would require farmers to get federal permits to carry out common farming practices near what EPA considers a “water of the U.S.” The problem is, no one, including the Army Corps, can determine what features should be regulated.

Internal documents recently released show the Army Corps saying WOTUS is unworkable, and that the entire economic analysis used by EPA to support the rule had no basis on economics or science. That revelation is frightening because it illustrates how EPA has ignored economics and science, and instead put forth its own political rule. By rejecting farmer input and concerns by the Army Corps, there’s just no reason why agriculture should trust the EPA on the WOTUS rule.

The National Corn Growers Association believes every farmer and rancher in the U.S. has at least one feature on their farm that is now a WOTUS under this rule. NCGA found examples of how far WOTUS would reach. On a farm in Iowa, EPA said a grass waterway that had flowing water after a three inch rainfall would be a water of the U.S., and would fall under the rule. In Tennessee, the Army Corps said a field that had some erosion had “a bed, bank and ordinary high water mark” that would consider this a water of the U.S.

Here are more reasons to stop EPA on WOTUS. Under the rule a farmer does not need to be aware that the feature is a WOTUS to be in violation of the law. Even if federal agencies do not find a violation, the rule allows individual citizens or activist groups to bring lawsuits for any alleged violation of WOTUS.

NCGA has joined several other ag groups in a federal lawsuit to strike down WOTUS. Wisconsin’s Attorney General has joined with 17 other states seeking the same legal remedy. The Wisconsin Corn Growers Association thinks it’s time to “ditch the rule.” If EPA’s own presumed partner in rulemaking—the Army Corps—can’t trust the EPA, agriculture shouldn’t either.