Through the use of technology and innovation the production of both corn and ethanol continues to become more and more efficient. Outdated information is often misused and can result in making it difficult to distinguish FACT from FICTION. 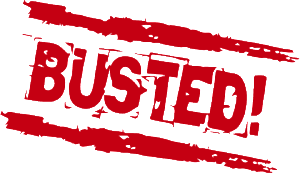 Myth #2: Ethanol is subsidized by the government.
FACT: The ethanol industry receives no government subsidies.

The recently expired government credit actually went to the big oil companies – not to ethanol producers. In fact, America’s ethanol industry supports 400,000 jobs in our communities, adding $53 billion to our GDP, and generates $16 billion in tax revenue. These are jobs and dollars that would otherwise be flowing to foreign oil producing countries like Iran and Venezuela. (Cardno ENTRIX, 2011)

A report from the University of Wisconsin concludes that having ethanol supply about 10 percent of our motor fuel has reduced oil imports and saved consumers money at the pump. During the past three years, ethanol wholesale prices have always been lower than gasoline prices. (University of Wisconsin-Madison, Iowa State University, May 2012)

By reducing the cost of fuel for transportation, ethanol helps hold down food prices. Even at record high prices, corn is only 14 cents/pound. The majority of corn is consumed by livestock, and is not to be confused with sweet corn. When ethanol production was on the rise in 2009, corn prices were actually falling.

while at the same time reducing energy use by 43 percent, fertilizer use by 50 percent, crop irrigation by 53 percent, and soil loss by an amazing 67 percent per bushel. The increased market provided by ethanol plants brings a higher on-farm price for corn, which has helped to slow the loss of family farms in our state. (NCGA, 2012)

Myth #6: Ethanol made from corn isn’t really better for the environment.
FACT: Ethanol reduces emissions by more than 50 percent.

A study from the University of Nebraska found ethanol’s direct-effect greenhouse-gas emissions were 59 percent less than gasoline while at the same time dramatically reducing airborne toxins like benzene. The US Department of Energy reports that the use of corn for ethanol has led to “zero” changes in land use. Therefore, having ethanol produced from corn has not had any effect on the Gulf of Mexico “dead zone” or led to any increase in rainforest harvest. (University of Nebraska, 2009) (US Dept. of Energy, 2012)

Myth #7: Ethanol is bad for my engine.
FACT: Ethanol blends are approved for all autos and most small engines.

In fact, the EPA recently approved the use of E15 (15 percent ethanol) in all cars built after the year 2000. Both NASCAR (E15) and the Indy Racing League (E100) use ethanol fuel for higher performance. Ethanol has an octane rating of 113 compared to straight gas at around 80. Research shows that because of the higher octane, ethanol blends of around E30 can maximize vehicular fuel economy. (EPA, 2012) (AVL, 2012)

Myth #8: We should move to ethanol made from non-food sources right now.
FACT: Corn based ethanol is the only green alternative energy that is viable today.

Although research is ongoing, it will be years before ethanol can be mass produced from cellulose or other sources. A single bushel of corn can produce 2.8 gallons of ethanol, in addition to yielding 18 pounds of high-protein livestock feed, up to 18 pounds of food grade carbon dioxide, and 1.5 pounds of corn oil. Corn is truly a renewable source of green energy. (Iowa State University , 2012)